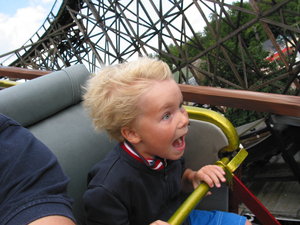 Pam and I were driving down to Peterborough for a birthday, and took the opportunity to read/listen to some Stoic articles. I had picked up an old article titled "The Stoic Way" by Dr. Peter H. Samson, Sunrise magazine, February 1975.

It started out promisingly, quoting one of our favourite Stoic authors Gilbert Murray, that Stoicism was... "the greatest system of organized thought which the mind of man had built up for itself in the Graeco-Roman world before the coming of Christianity... Stoicism may be called either a philosophy or a religion.... I believe that it represents a way of looking at the world and the practical problems of life which possesses still a permanent interest for the human race, and a permanent power of inspiration."

However, it wasn't too long until we heard the old saw,


"There seemed to be something in the Stoic way of life and thought that diminished the drive for effective living. It may be that these good and wise people so resigned themselves to the evils of life that they became apathetic and indifferent toward the root causes of these evils, unable to act to remove them. Possibly their stress on universal reason made them cold to the emotional flow and pulse of life, so that human sympathy finds relatively little place in their way of living."

And so here we are again, time to set the record straight.

Stoics are NOT resigned to the evils of life. We are NOT apathetic and indifferent. We are NOT cold to the  emotional flow of life. No.

Today's Words of the Ancient Wise brought it home again for me.


"Still we do keep an eye on him, not indeed as an enemy, or from suspicion of him, but with good-humoured avoidance. Act much in the same way in all the other parts of life. Let us make many allowances for our fellow-athletes as it were. Avoidance is always possible, as I have said, without suspicion or hatred."

I have already talked about Stoic Emotion and Stoic Engagement. We are loving, feeling, human beings, who laugh and sorrow with our loved ones and our friends. We are caring and involved in humanity, seeking to give all a chance to live the best life. And so there is one more thing.

You are free to act in any way you choose. You are NOT free to choose the consequences of those actions. As night follows day, the effects tied to the cause you put into motion will inevitably find their way home. But hear me well. I am not an effect.

Once again, I am NOT forced into any action or emotion by your choices. You see, between cause and effect there is my one precious gift. My power of choice. I choose how to react to your actions.

Now please understand, as Stoics we embrace emotions, we don't try to control them. By the time we are experiencing emotions, that ship has sailed, that bird has flown, that roller-coaster has started its wild ride. No, controlling or suppressing emotions is by all current understanding unhealthy. But here is the catch.

So you say or do something. You try to nudge me, cajole me, or throw me into an emotional response of your choosing. You pick trigger words, touch on personal or private subjects, abuse those I care about. You WANT to get a rise out of me. This is how you know you are in control. But you aren't.

That doesn't mean that I won't go for an emotional ride from time to time. When I can, I will choose my own emotional rides. Soft ones, smooth ones. The rides that have my true friends and family along on them. The things that are important to me for their own sake, for my own sake. I choose, everyday, to whom I will open my heart and mind.

Posted by Michel Daw at 6:35 PM No comments: